A living tradition of scholarship and support

Made up of 3 collegiate communities, Basser, Goldstein & Philip Baxter, being part of The Kensington Colleges (TKC) is being part of the rich history of UNSW. Newly rebuilt in 2014, TKC offer students a place to live and grow as they embark on the next chapter of their lives.

Each college fosters a close-knit student community centred on academic excellence. Students are encouraged to participate in a range of social, cultural, charitable and sporting activities, and are supported by a strong support network of live-in Deans, Deputy Deans and Resident Fellows.

The vision of The Kensington Colleges is to provide a home away from home of the highest standards and quality and to foster the pursuit of all-round academic excellence.

The mission of The Kensington Colleges is to cultivate an all-inclusive atmosphere of mutual respect and co-operation and to promote scholarly achievement and collaboration.

The Kensington Colleges values diversity; respect; the pursuit of excellence in scholarly work and in the development of interests, talents and abilities of all kinds; its rich history; international memberships; opportunities for friendship and support; and the sense of security and pride that comes with being a part of college life.

Steeped in history, Basser College was established in 1959 and has the honour of being the first residential college on the UNSW campus.

Named after Sir Adolf Basser, a Polish entrepreneur and philanthropist, the College was originally built to accommodate rural students, enabling them access to the same education as local and metropolitan students. The College celebrated its 50th Anniversary with a 'Back to Basser' event in 2009, bringing together alumni from every decade.

Highlights of the Basser College year come in many different areas across communities and charities, sporting events and social and cultural events. Some key events include the annual fundraiser for Headspace; the Myall Classic Ultramarathon; Shave for a Cure; the annual College ball and play; inter-college band competitions; regular sporting competitions in almost every sport imaginable and of course, the annual parents weekend.

Basser is an incredibly inclusive environment catering to the skills and talents of each resident, allowing everyone to succeed in whatever it is they desire.

Opened in 1964, Goldstein College was named after philanthropist Philip Goldstein who made a substantial donation towards the building of both the College and the Goldstein Dining Hall. The original buildings (North & South Hall) housed 74 residents, separated by a courtyard. In 2014, the newly developed Kensington Colleges were opened and Goldstein became home to 150 residents.

Goldstein is the smallest of the 3 Kensington Colleges and as such, lends itself to creating a very close knit community. There’s a strong sense of belonging at Goldstein and this manifests in all sporting, social, cultural, leadership and charitable activities.

The College regularly involves itself in community based charitable programs such as Shave for a Cure; Earth Hour and Headspace. On the sporting field Goldstein is extremely well represented and in the past has housed Olympians and National and State representatives in a variety of sports. The intercollege sport competition is fiercely contested and Goldstein swarms to the side lines to cheer their fellow residents on.

You’ll have more fun, make more friends, and grow more as a person in your time at Goldstein.

The largest of The Kensington Colleges, Baxter was established in 1966 and is named after the first Vice-Chancellor of UNSW, Philip Baxter. Diversity is at the heart of the College and the layout promotes residents to form close-knit relationships within their floor and the rest of the College. On the sporting field, Baxter has proven to be a formidable force and many an inter-college rivalry has formed!

From Baxter Under the Stars - a variety show - to the Baxter Play, a Hunter Valley winery tour, a huge variety of non-competitive activities and the annual Baxter Ball... life is never dull! Sport is also a massive part of life at the College and in 2010, Baxter held both the male and female Inter-College Sports Shields.

Coming from another country, I was thrilled to find that in the space of a few weeks, Baxter had become my family.

You’ll be supported by an on-site team comprising of the Dean, Deputy Dean and a team of Resident Fellows (or RFs). Every floor has an RF, and their job is to provide academic guidance and pastoral support and ensure each and every resident is looked after.

Academically, you’ll also be supported by a college-wide tutorial program. Aimed at first year undergraduate students, the program offers mentoring in most academic fields. You can also attend study skills seminars, helping you make the transition from high school to university a smooth one.

Designed by E.H. Farmer, the Goldstein Dining Hall won the Sulman Award for architecture in 1965 and provides 3 meals a day, Monday to Friday and brunch and dinner on the weekends. There’s a salad bar and selection of refreshments available at every meal.

Likened to Hogwarts, in part due to its long rows of wooden tables and cavernous interior, the Hall forms as a meeting point for many residents during their busy days and also plays host to a number of specially catered formal functions throughout the year.

The Hall operates during term times.

I was a student at The Kensington Colleges for 3 years during my undergraduate studies. I took up staff roles within the community (as a Resident Fellow and Deputy Dean) and quickly realised how much I value what collegiate life has to offer. 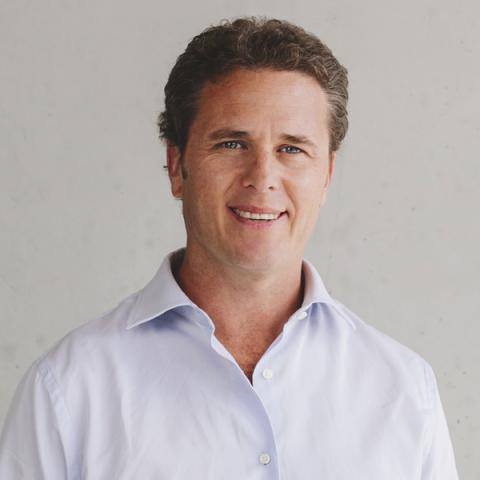 Born and raised in a small country town, I completed a teaching degree in Physical Education (PD/H/PE) and taught in a variety of schools (rural and urban) for 8 years in Sydney and London. During this time, I also completed a Graduate Diploma in Exercise & Sports Science and was lucky enough to work at the 2000 Sydney Olympics.