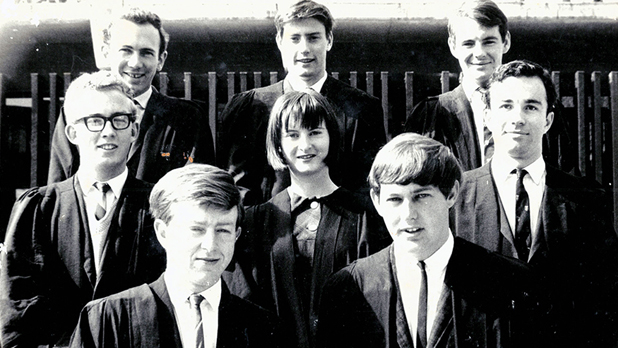 On 8 October 2016, we welcomed around 150 Philip Baxter College alumni back to UNSW to celebrate the 50th anniversary of the College. The official proceedings were opened by Senator John Gorton, the Federal Minister for Education on 14 October 1966.

Baxter alumni joined the current residents for a BBQ filled with entertainment provided by Baxter residents, including a selection of dramatic and comedic sketches from the annual college play. Alumni enjoyed tours around the old and new Baxter Colleges while meeting the current staff and residents.

In the evening, a formal dinner was held in the Goldstein Dining Hall. Guests came from across the globe, with Baxter ‘Freshers of 1966’ right up to residents of the present day.

Isabelle Creagh, Head of the Kensington Colleges, with the Dean of Baxter College, Anthony McGirr, were the MC's for the night. Speeches were given by Dr Graham George, from the Fresher cohort of ‘66, Professor Randall Albury, a popular former "Master of the college", and a final toast from former resident, Paul Clitheroe AM.

Post event drinks were enjoyed by many of the guests at the Rege!